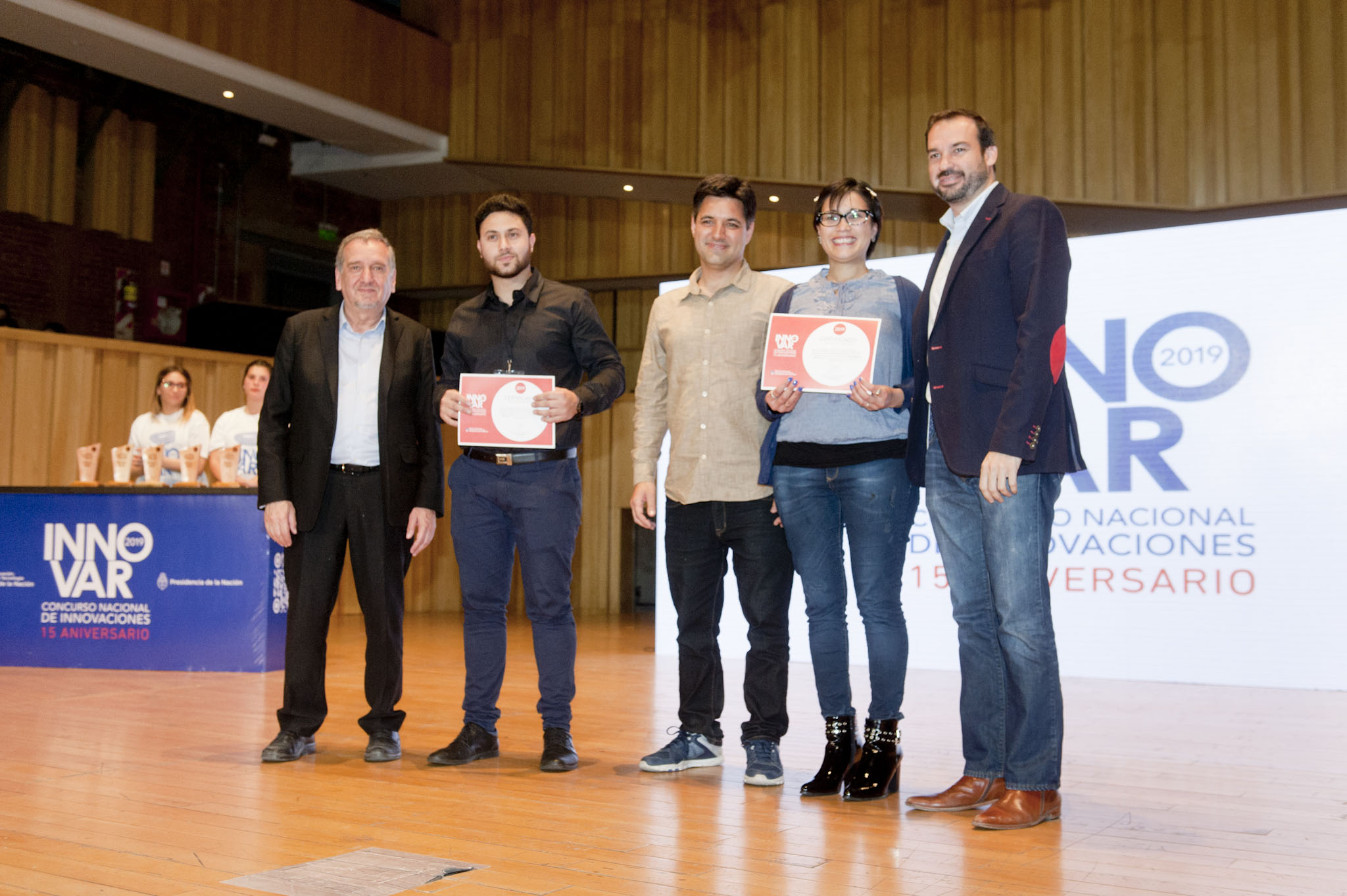 In September we are happier than ever, since we have been awarded the INNOVAR Grand Prix, in the largest contest of entrepreneurs in the Argentine Republic. For our development of the ARENA system, an award to the trajectory for design, the 5-year effort to develop it, and for bringing an idea from a university laboratory to a patent and to a product for export.

It consists of a device that measures the effect of drugs in small animals, miniature organisms. Basically, when the pharmaceutical companies develop compounds they start working at the laboratory bench using test tubes, then it is passed to cell culture and finally to mice trials. What we do is allow these tests to be done on small animals such as insects or worms. Our machines allow you to make these measurements automatically.

The health benefit is that medications can be tested faster and earlier in living organisms, it is more predictive and makes it easier to reach the final tests. We do not replace the tests in mice but we complement them so that fewer mice are used or more approved drugs arrives to market (and saves people life).

The WMicrotracker ARENA allows non-invasive measurements of the movement of small organisms grown in any medium (air, liquid or agar) using a technology patented by the group called “temporal interferometry of infrared microbeams”. It automatically produces accurate results with spatio-temporal information on the effect of compounds, and also it has temperature control.