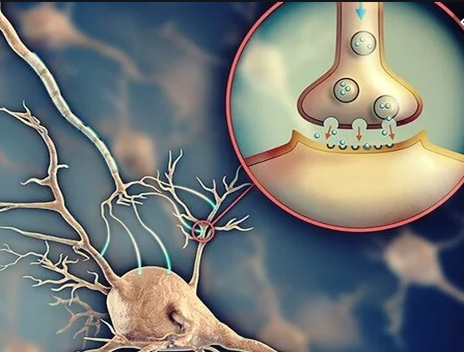 Many cholinergic drugs have been used in the analysis of specific mutants and behaviors; however, the two that have had the most significant impact on C. elegans neurobiology are aldicarb and levamisole.

Using Wmicrotracker ARENA , it is possible to easily quantify the effect and kinetic of acetylcholine channels modulators, as well as other neuronal channels involved in behavior. Below we present an example of application. 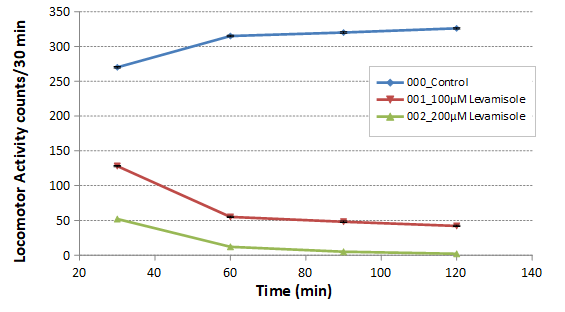 Kinetic of paralysis of C.elegans using levamisole in W6

In this experiment we can observe the kinetic effect of Levamisole treatment in C.elegans populations cultured in NGM medium.

(1) Obtain synchronized populations of worms grown in NGM + OP50 at 20°C. (2) Collect the worms from the plates using buffer solution. (3) Count the number of worms in a volume of 10 ul and adjust the volume to obtain a concentration of [50 worms / 10ul]. (4) Transfer 10 μl of the worm solution to a 6well microplate containing NGM+levamisole without bacteria (comment: Levamisole must be mixed into NGM agar before melting at plate preparation time) (5) Record the activity of the plate with worms using Wmicrotracker ARENA for 2h (6) Generate the data report using ARENA software and . plot using MSExcel.